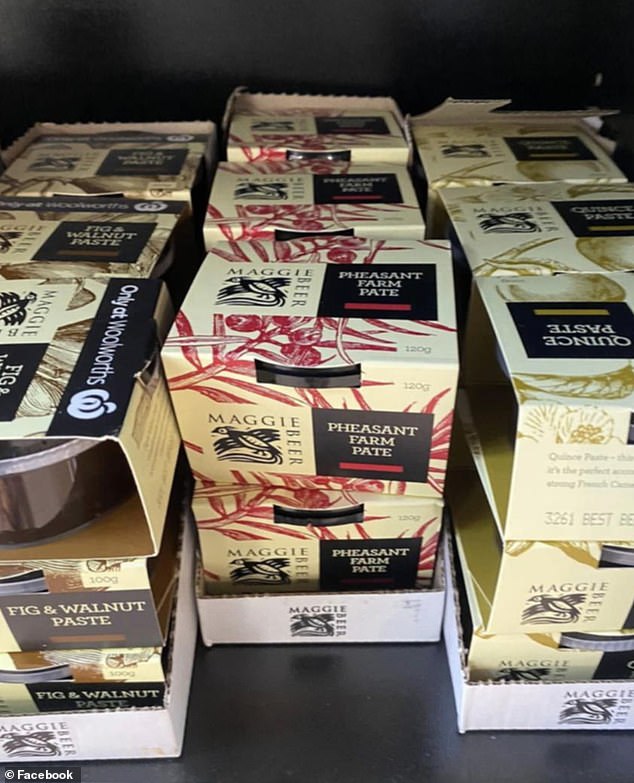 Woolworths has apologized for an alarming incident at one of its stores which could have made people sick.

A shopper called Cam took to Facebook to alert others after finding goods that should have been stored in a fridge instead of left on unrefrigerated shelves.

The Melbourne shop had Maggie Beer products, including its Duck and Orange Pate and Pheasant Farm Pate, stocked on a shelf along with items, such as crackers and jellies, for trays.

A Woolworths store in Melbourne was storing goods (pictured) which should have been refrigerated on an unrefrigerated shelf They have since been removed.

But, as Cam pointed out, The pâté is intended to be kept in a refrigerated section and could pose a health risk if eaten after being refrigerated.

On the back of Maggie Beer pâté products it says “Keep refrigerated at 0-4C”.

Cam said he also saw the pâté on the same shelves 11 days earlier and reported it to the store manager.

On Facebook, Cam expressed concern about what he found in the store.

“I know the packaging is similar on Maggie Beer products (which is a problem in itself), but I told the store manager that the pâté should be kept refrigerated as directed on the label,” said he wrote. 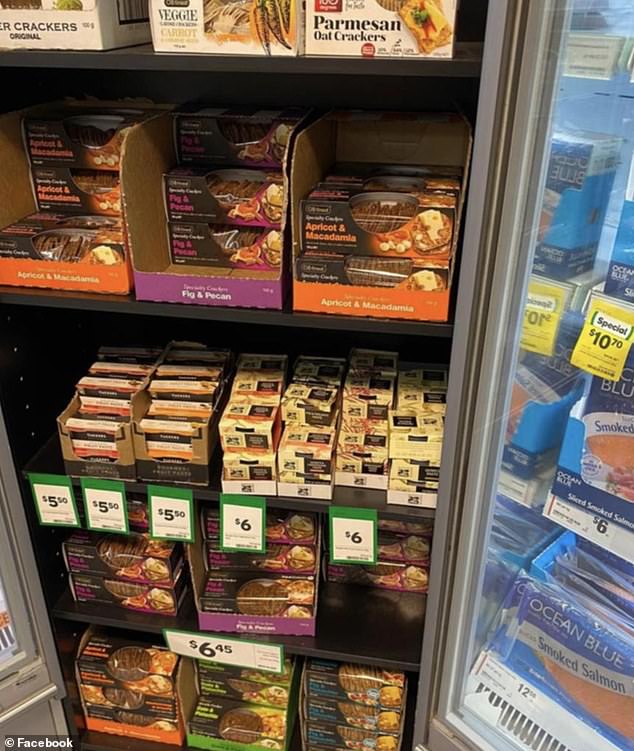 A Woolworths spokesperson said the unrefrigerated items had now been removed from display and apologized for the incident.

“We are committed to providing our customers with fresh, quality food and apologize for missing the mark on this occasion,” the spokesperson told 7News.

“The pâté has been removed from the workshop and will be disposed of appropriately.

“We will work with the store team to ensure it is now properly stored in the fridge.”

Customers concerned about stocking a product in Woolworths stores are encouraged to speak with a member of staff. 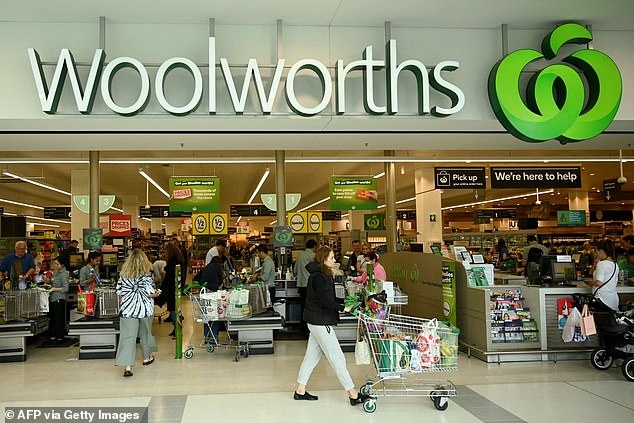 BEWARE OF THE DANGER ZONE TEMPERATURE

Food poisoning bacteria grow and multiply faster in the dangerous temperature zone between 5°C and 60°C.

It is important to keep high-risk foods out of this temperature zone.

Store high-risk foods at 5°C or below or above 60°C to avoid the temperature danger zone and food poisoning.

Check and respect the expiry dates of food products.