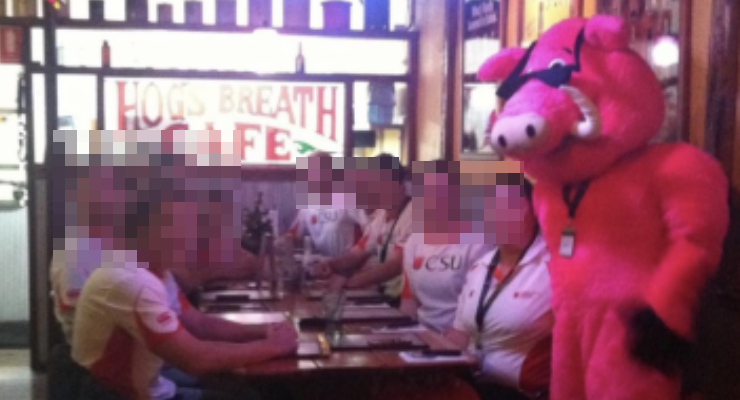 Much ink has been spilled over the future of Australian media. Over the past decade-and-a-bit, tech platforms like Google and Facebook have taken advantage of journalism’s basic advertising business model and squeezed their way between media and their audiences. Look for articles on “How we must save journalism for the sake of democracy” (usually written by journalists who also have their skin in the game).

I have good news. There hasn’t been too much fanfare about it, but the past two years have been a mini golden age for Australian media. Before you pop the champagne, there’s also some bad news. I regret to inform you that this golden period is already coming to an end. Apologies for the whiplash.

The two main factors driving this digital media boom were the COVID-19 bump and the injection of cash from Facebook and Google. When COVID-19 first hit, Australians turned to the news. The audience numbers skyrocketed. Locked down Australians were hungry for information, stuck with nothing but to surf the web and deprived of other places to spend their money like the pub.

Around the same time, Facebook and Google began paying major Australian news publishers under the specter of government regulation. By the time the federal government’s News Media Code of Negotiation legislation was passed, the two big tech companies had already entered into enough “partnerships” with media companies, including with Crikeythe parent company of Private Media — that the government has yet to use the “Make the Companies Pay” switch (i.e. by designating the platform).

Code architect Rod Sims felt that Facebook and Google pay $200 million a year to publishers. An anonymous Sydney media official quoted by the Columbia Journalism Review described the tech platform’s cash earnings as “a brown paper bag is filled with money, pushed across the table, and then the rigs can say, ‘Now shut the fuck up. “”Allow me to speak on behalf of all media companies that have not been arbitrarily excluded from negotiations by the two companies and say: I don’t mind if we do!

After a year or two of the media in a good pen, recent signs suggest things are getting worse. University of Canberra’s newest Digital reporting found that Australia’s interest in news and trust in the media is declining as more people avoid the news due (ironically) to COVID-19 fatigue and other factors .

Meanwhile, Facebook’s parent company Meta is eyeing the exit. Facebook staff were informed that they were misappropriating resources from news; he changed Facebook’s “News Feed” tab to “Feed” before, finally, calling it “Home”; and more directly, the company told its US press partners that it was no longer paying for their content. As Factby Tim Burrowes wrote“In Australia, this will likely mean Facebook backing out of renewing big deals it has struck with publishers under threat from the news media negotiation code.” Nothing suggests that Google thinks the same thing.

As the afterglow of these two trends fades, the industry’s decline will be dark and gloomy. Instead, I think it’s probably wise to view these events as a fleeting, artificial high. My advice to journalists – always an optimistic bunch – is to heed the wise words of the great poet Dr Seuss when reflecting on the great media boom of 2020-22: “Don’t cry because it’s over. Smile because it happened.

It blew my mind that people could sign up for an online trial that gives them access to a discredited COVID-19 treatment so easily. (Crikey)

I worry about how a lack of technological knowledge influences decision makers – like a judge banning a protester on bail from using “an encrypted communication device”, which could possibly include banking depending on how do you interpret it? (ABC News)

This is not a surprise, but it is an important warning. (age)

Not Australian but it’s so good (and probably applicable here) I couldn’t resist. (Gizmodo)

It might surprise you, but I’m not too fond of reporting the silly, deranged beliefs of conspiracy theorists, because looking at their views only gives them more attention. The reason I wrote this is because the anti-vaccine criticism of the monkeypox vaccine shows incredible hypocrisy. (Crikey)

The experience of going online has always involved being insulted by strangers – from early chat rooms, to gaming lobbies with 14-year-old mics, to modern social media heaps and trolls.

A recent innovation, however, has been for restaurants to insult me ​​on social media. Like an account claiming to belong to a regional Hog’s Breath Cafe that went viral for its rude posts implying that its mascot was a sex pest. Of SmartCompany“In late July, the @hogsbreathorange Instagram account, billed as the legitimate account for the steakhouse chain’s Orange franchise, began posting images with bizarre and politically charged captions.

This account ended up being fake, but there are other legit accounts like this. Take Griffin Burger in Ballarat. Yesterday a Facebook page for the store posted ‘Hello everyone except people trying to eat healthy right now’. Another recent post is a public warning to a recent client who “shit his pants and tried to rinse his jocks.” Delicious. (Griffin Burger did not respond to my Facebook post to discuss its online presence).

Or Indian restaurant Rajshahi in Gosford, which posted a meme on its Instagram with the caption “Watch your mouth with me…. I’m in the hotel business but I’m not here to take shit from anyone.

These accounts have found notoriety online by avoiding the normal, vaguely pleasant and sterile way in which many restaurants and cafes promote their services online. Similar to how brands on Twitter in 2019 started absurdly tweeting how depressed they werebeing vaguely threatening and aggressive towards customers subverts expectations and, if done well, delights parts of an audience.

It certainly attracts attention. Does it ultimately benefit a restaurant? Is the trade-off of alienating customers who don’t get it worth growing an online audience (many of whom may live elsewhere and aren’t even potential customers)? I do not know! But next time I’m in Ballarat and Gosford I know where I’m eating.