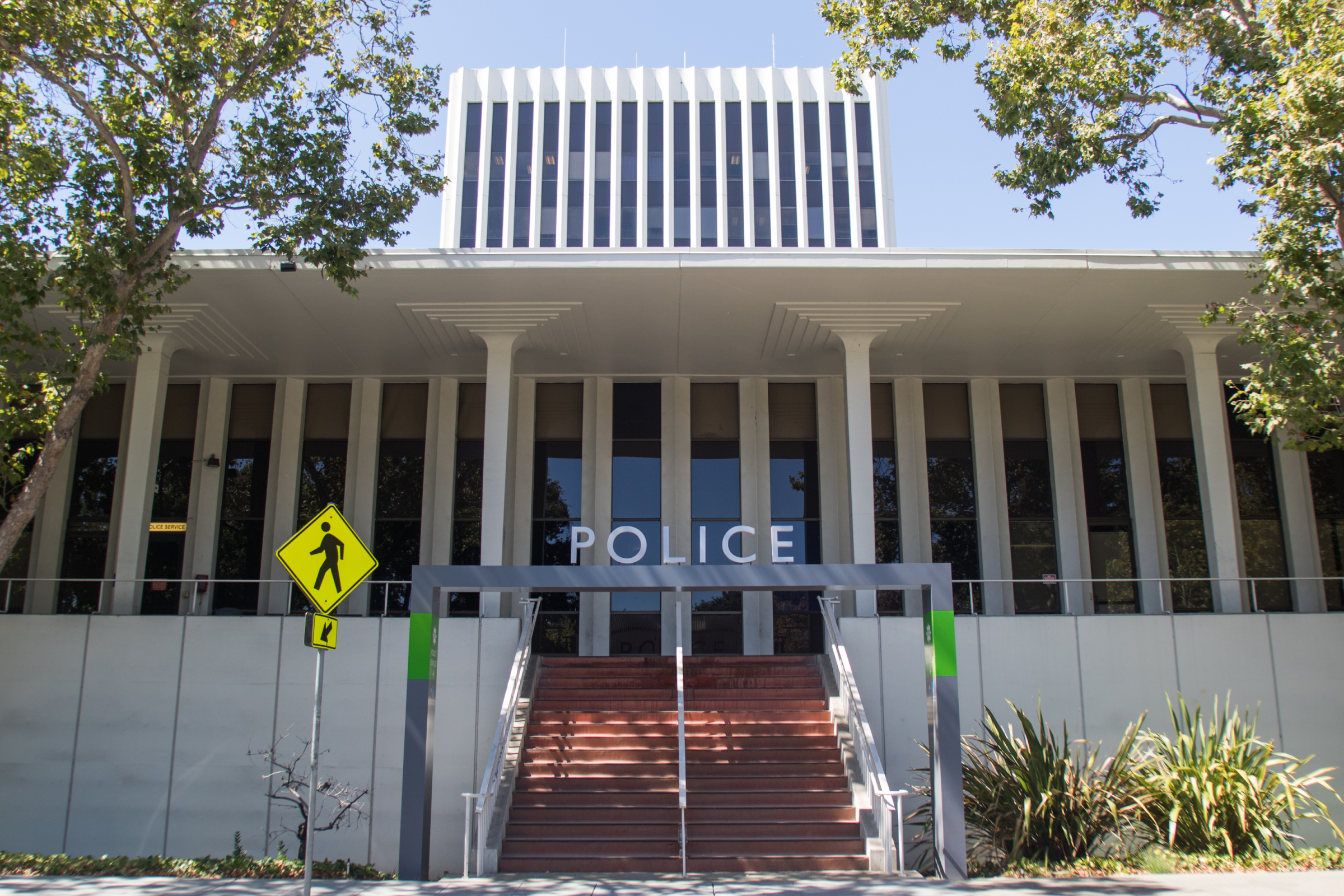 Election season is in full swing in Palo Alto, where campaign signs are increasingly visible throughout the city.

To help local voters with their decision at the polls, the weekly asked the seven candidates for this year’s city council to complete questionnaires about their qualifications, their vision for the city and their priorities should they be elected. They also explained their position on housing, climate change, railroad crossings, policing and crime, among other topics.

Candidate responses on all of these topics will be published as separate articles, one per day, until September 19. Here’s what they had to say when asked: What are your biggest concerns about crime and how the city’s police department operates?

A rise in outright street crime has many members of the community on edge. At the same time, not everyone feels safe calling the police. Council budgets should invest in and support a new and improved police force that is embraced by the community.

New ways of deploying officers that are more effective in preventing crime need to be evaluated and implemented. We also need to assess better options for attracting and retaining a diverse, high-quality public safety workforce. We know we are losing recruits and current officers to other jurisdictions. In previous budget cuts, the police lost all traffic patrols, specialist units and some senior officers.

Additionally, we need to assess and build on initial progress in changing police arrest procedures (“8 Can’t Wait”), retraining officers to address racial bias, and adding staff” civilian” for tasks better managed with skills different from those sworn. agents – notably the PERT (Psychiatric Emergency Response Team) to manage mental health situations. This cultural reform is critically important, but not easy to achieve. The council and the public need transparency and regular updates from the new police chief – and the independent police auditor – to ensure that everything is progressing successfully.

The leader will come under scrutiny both for the changes put in place and for the performance of the department. I believe we have chosen an innovative and competent leader in the person of Chief of Police Andrew Binder. He has been bold in week one by reversing the controversial practice of encrypting police communications and he’s committed to deepening community engagement with residents, going beyond ‘business as usual’. and innovating.

The national and local response to the murder of George Floyd has been a painfully belated acknowledgment of what black and brown people have always faced at the hands of law enforcement and civilian vigilantes. As the mother of a black (albeit multiracial) son, I feared for his life as he came of age in Palo Alto.

I discussed this and other issues with former Chief Dennis Burns. I also had a good short chat about race with Chef Andrew Binder. I appreciate the extensive research that went into appointing Chief Binder, and I want the city to continue to pay the same level of attention to hiring, training and promotion with respect to the rest of police forces.

I also want our city leaders, whether elected, hired or appointed, to stop avoiding talking about race. You cannot change what you will not name. For example, I attended the council meeting where Binder was officially confirmed and noticed that no one in the room mentioned black people and instead several speakers danced around the topic.

Along the same lines, we should enforce mandatory unconscious bias training for all first responders and create a system to track and evaluate demographics showing who officers are stopping and why, and who neighbors are complaining about. and why.

Also, since there is ample evidence that canine units attack people of color at a much higher rate, we should either remove canine units or keep them just for drug searches.

Our community is concerned about recent reports of crimes such as catalytic converter theft, package theft, and jewelry theft that occurred while the victims were sitting in their cars or walking around. I have spoken to many residents who want an increased police presence in their neighborhood.

We still have work to do in our police service on the use of force. The Independent Police Auditor’s most recent report suggests several recommendations regarding K-9 protocols, body-worn cameras and incident reviews.

I am hopeful that our new Chief of Police, Andrew Binder, is working on these and other issues. I also support the City’s Psychiatric Crisis Response Team (PERT), which pairs a mental health professional with a police officer to respond to calls from someone in mental distress.

The police department’s staff has been reduced during the pandemic due to budget shortfalls. I support the proposed business tax, which will be on the November ballot, and which will provide funds for public safety, including police department staffing.

I believe Palo Alto’s biggest crime concerns are violent crime in our downtown areas, property crime in our residential neighborhoods including property theft, burglary, car break-ins and theft of vehicle parts such as catalytic converters, and hate crimes. We hear more and more about it.

Our police service must operate in a way that serves the community by addressing these concerns in an accountable, transparent, impartial and accountable manner. Recently, the department began partnering with complementary programs such as PERT (Psychiatric Emergency Response Team) to respond to calls involving mental health issues with a trained mental health clinician alongside the police officer. I approve of this approach because it will defuse these situations and avoid criminalizing mental health or behavioral problems. Additionally, de-escalating these situations will reduce needed police resources, freeing up law enforcement and increasing their availability to tackle violent crime and property crime.

I have been concerned with ensuring that our police act in a culturally competent and impartial manner, especially with the rise in Asian hate crimes and in the wake of the murder of George Floyd. To address this issue, I support ongoing diversity training for law enforcement personnel, with an emphasis on identifying hate crimes and how to properly investigate them.

I want to see public safety spending and staffing restored to at least pre-Covid levels. People need to feel safe at home, in shops and restaurants. We need to recruit new officers and better retain those we have. I have seen a number of improvements in police administration, such as the PERT program which helps support the police by having medical professionals accompany officers to deal with encounters with people with mental health issues . I support increasing the frequency of independent audits of police accountability and the use of force. A factual understanding of departmental performance is an important step towards continuous improvement.

I had a conversation this week with Andrew Binder, the new police chief, who says we need to restore public safety to our city by hiring the right police personnel (we now have nine openings) and using more technology (potentially license plate readers if these are community-approved). Andrew pointed out that removing radio encryption to restore public access to communications is getting nothing but positive feedback from community members, and I’m glad to hear that.

The posts I see on Nextdoor and the comments I get from downtown business owners are just depressing, and it needs to stop. I interacted with AP police and Menlo police when my son’s bike was stolen last fall, and I felt like I was alone. We were told to file a police report, and we did. But as we discovered that our bike was being sold online, I contacted the police again and let them know that the thief was also selling dozens of other bikes. The police story hasn’t changed: “We can’t do anything if you don’t have the serial number, and your bike is about $600 anyway, so we can’t arrest that person even if we prove this is your bike.” In response, I walked to the seller’s house myself and called the police on my way, repeatedly asking them to send a officer. They spent days explaining why they couldn’t help instead of just spending two minutes getting the bike back. The officer brought me back, with the bike on the police car too, and we discussed the challenges of the department, which was really understaffed. I don’t want other community members to have similar experiences. We just need to improve our public safety.

Growing up in Palo Alto, I always felt like it was a safe city, and a lot of it still is. Recently, however, there has been an increase in property crime due to a police department operating at less than full capacity. We need to give the police service the resources it needs to return to full capacity.

Check back on Palo Alto Online tomorrow for the candidates’ perspective on another city issue.