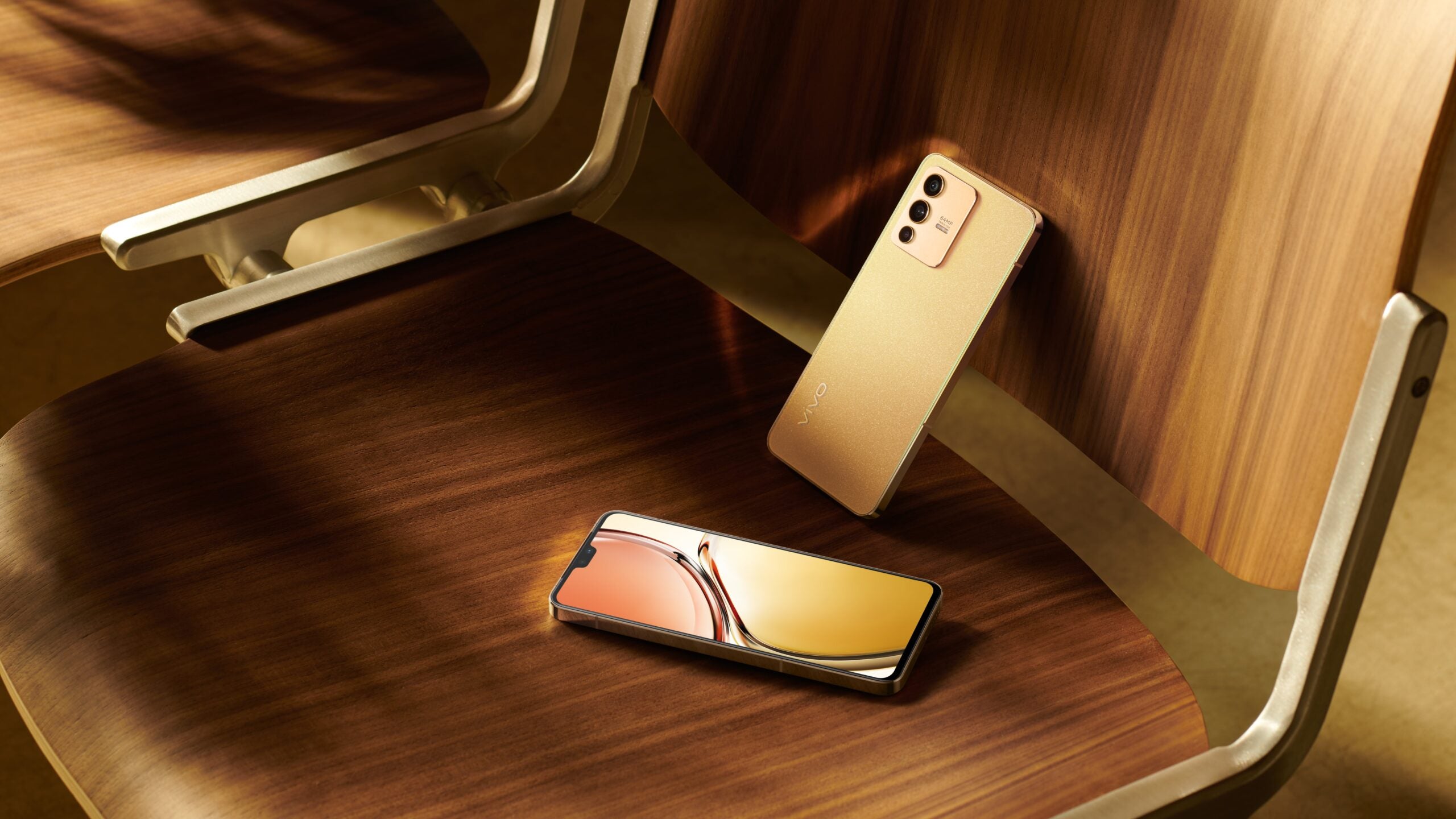 The latter feature comes in the form of a Sunshine Gold model option, which changes from gold to blue-green in bright sunlight.

This uniquely looking selfie camera comes in the form of two front sensors, one 50MP wide and one 8MP ultra-wide. Together, they can produce natural portraits, lock eyes, and even shoot 4K videos.

The main difference between the two is that the Vivo V23 Pro has a 108 MP main rear camera sensor, while the Vivo V23 has a 64 MP equivalent. Both are equipped with 8MP ultra-wide and 2MP macro sensors. That’s right, no telephoto lenses here.

Another difference concerns the screens. The V23 Pro gets a slightly larger 6.56 inch screen compared to the 6.44 inch screen of the V23. Both are OLED and have 90Hz refresh rates, although the V23 Pro’s screen is curved while the V23’s is flat.

Finally, the V23 Pro is powered by a MediaTek Dimensity 1200, which is the same chip that powers the OnePlus Nord 2. The regular V23 has a lower performance Dimensity 920 chip.

The Vivo V23 series is aimed primarily at markets such as India, Malaysia, Indonesia and Thailand, while other markets – including Europe – will follow in the coming months.