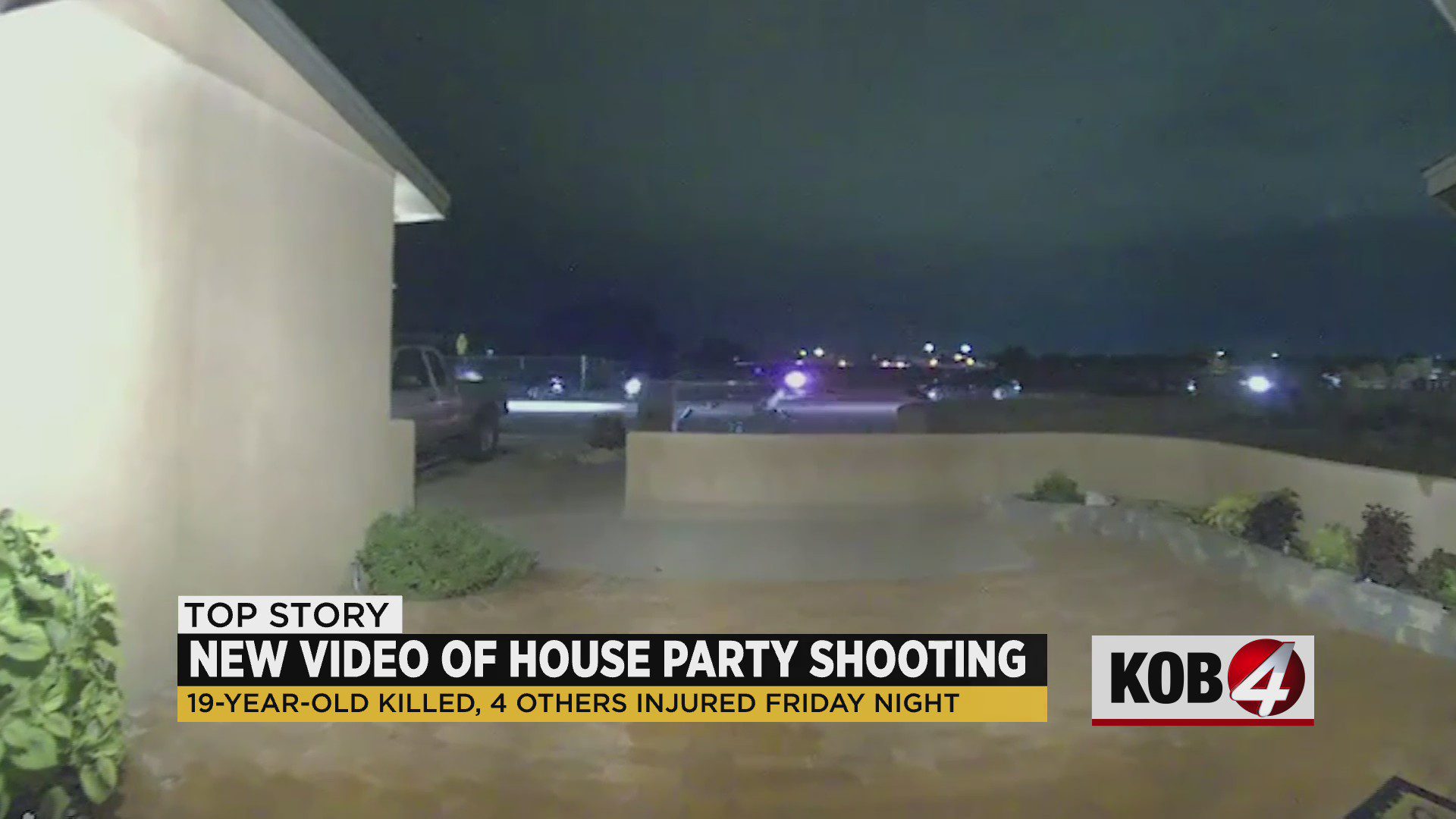 ALBUQUERQUE, NM — New video appears to show the chaos and violence that unfolded at a West Side house party on Friday night.

According to Albuquerque police, a 19-year-old youth was fatally shot in the incident and four others were injured.

It happened in front of a house on Estancia Drive, west of Coors.

Neighbors who live near the scene say it looked like a war zone outside their homes the next morning, and videos from a bystander and doorbell cameras show the chaos.

The video shows dozens of people fleeing for their lives as gunfire goes off in the background.

“It looked like a war here,” said a neighbor.

“They just started rushing, some were jumping over my yard to hide behind the fence, then they started running behind my trucks and trying to hide. I guess I’m trying to avoid getting shot,” said Albuquerque resident Mike.

As residents sat inside, fearful of what was to come next.

And the next morning, when the neighbors came out, the aftermath of the scene happened right outside their front door.

“I saw a few bullet casings, we couldn’t get very far because it was all taped, but we told the police they were there and they took to the streets,” a neighbor said. “And I found more casings just further away, I know they scored more than 10 right here on this street.”

“Always fearful at night especially, you don’t know anymore. Things have gotten so out of control, just the behavior now of some people and again these young people with guns, it’s just a scary world to me.

Albuquerque police say they cannot confirm the video is from the Friday night incident.