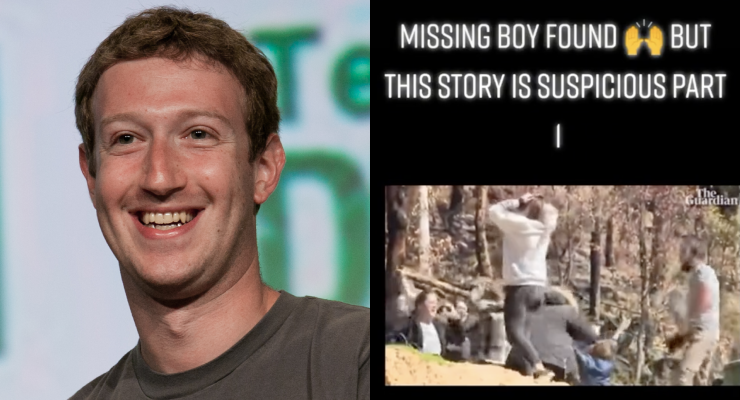 The only thing Australia could do to start fixing Facebook

Let’s do a role play. It’s the Sixties. You are the Surgeon General of the United States, Luther Terry, and you suspect that smoking may be unhealthy.

So you come and talk to me, Mr. Philip Morris, to find out what I have to say about this. “Smoking is good,” I coo. “Ignore alarmists, unwanted scientists and enemies. Our data shows that smokers are just as healthy as non-smokers. But don’t take my word for it: talk to this scientist whose research we supported. “

Would you believe me? Probably not. Or at least it would be foolish to do so.

Ends soon: Save 50% over one year of Crikey.

Only $ 99 for one year of Crykey before midnight on Thursday.

And yet, we take our word for a company with a product accused of having played a role in the genocide, in radicalization, in interference in the elections: Facebook.

Two-thirds of Australians use Facebook. Millions more use the company’s other products, Instagram and WhatsApp. We use them to socialize, to organize and to inform ourselves. Businesses, political parties and (as noted during the pandemic) even governments depend on it.

In recent weeks, the tech giant has gone through its “biggest crisis since Cambridge Analytica,” according to US tech journalist Casey Newton. The Wall Street JournalFacebook Files’ explosive investigation shows how Facebook knows privately, but failed to explain how its service harms people in different ways. (I can’t recommend it highly enough, it’s so comprehensive that it’s even hard to sum up without yaker for too long).

One of the reasons this investigation is so explosive is that the product itself is a complete black box. We don’t see how it works. The only information we have on this comes from the tech giant itself: They publish reports on a few carefully chosen metrics like the number of hate speech they are removing (31.5 million pieces of content in the last quarter! The only other way to understand what’s going on on this platform is to use janky third-party workarounds that will soon be shut down by Facebook.

It is clear from the behavior of the company that we cannot simply trust them to tell us the truth in a timely manner (and sometimes even what they tell us is unreliable). 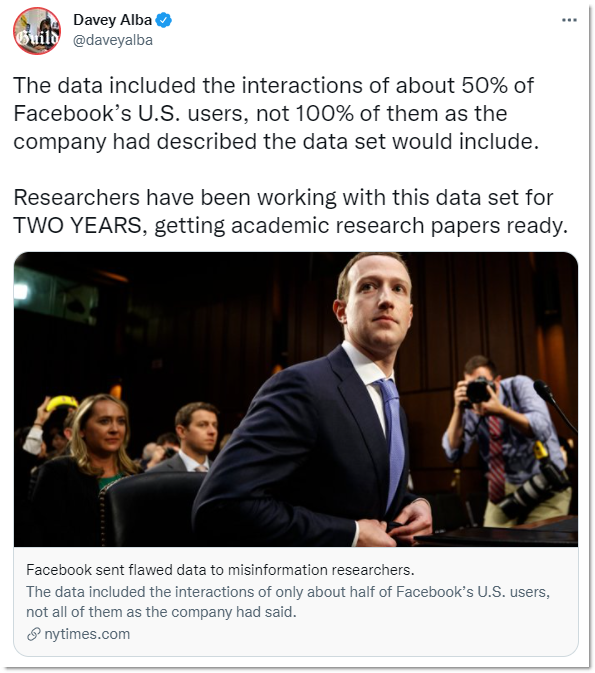 And it is clear that there has to be an informed public conversation about how they influence the lives of Australians.

That’s why the federal government must force Facebook to provide us with data. There is specific information that we might require them to provide:

Or it could be a wider net. We could force Facebook to provide large datasets on Australians for policy making or analysis by independent researchers.

We got closer to something like this recently. The original news media trading code legislation required Facebook and Google to give news publishers insight into how their algorithms work. It was not incorporated into the final law, but it is possible. And because it’s not about the algorithm – their secret sauce – demanding data can be done without revealing all of Facebook’s trade secrets.

I choose Facebook because it’s the biggest player, but there’s no reason that doesn’t apply to other social networks as well. Such a law could force any platform with more than a certain number of users – a million perhaps – to provide this type of information. There aren’t really any other downsides other than the cost for platforms which are lightly regulated.

Our data is our story. Although collected by Facebook, it is about us. Australians should stop waiting for Mark Zuckerberg to voluntarily share information about our lives, presented in the way that works best for him. We have to take it ourselves.

It went on for a few months, but I finally had enough evidence to say for sure that I found Scott Morrison’s personal and private social media accounts. And if this humble Internet reporter can find them, imagine what more infamous and intelligent actors might discover … (Crykey)

Although the Online Security Act has been adopted, its powers have not yet entered into force. There are fears that its implementation will drive sex workers offline. (The Guardian)

When we talk about the impact of anti-vaccine social media campaigns, it can often seem separate from the real impact. Here’s how these things actually harm innocent people. (The new daily)

It’s getting harder and harder to tell what is and isn’t authentic behavior online due to the power of influencers to grab attention and drive activity. When it comes to trading, it can get very complicated. (SMH)

Real Rukshan: the live streamer who brought the Melbourne protest to the world stage

Here’s my deep dive into someone who has become the unlikely central figure in the recent Melbourne anti-vaccine mandate protests. (Crykey)

One of the biggest stories in the world last week was about Gabby Petito’s disappearance. The young woman was found murdered in a Wyoming national forest after nearly a month of searching.

What made this tragic case distinctive was the way communities on platforms like TikTok and Instagram appeared around the story, looking for clues in Petito’s online wake.

“As Petito’s family desperately searched and hoped that a beloved member of his family was found safe and sound, the folks on TikTok were sorting out every detail of the missing influencer and his last known moves,” Michelle wrote. Rennex in Junke.

When I caught up with the blanket last week, a light bulb lit up in my head because I had seen the same thing happen in Australia before.

The case of missing boy AJ Elfalak is one that has a happy ending, thankfully. The three-year-old has been reunited with his family after being lost for three days in the bush of New South Wales.

People began to dissect the images, even spreading unfounded theories. 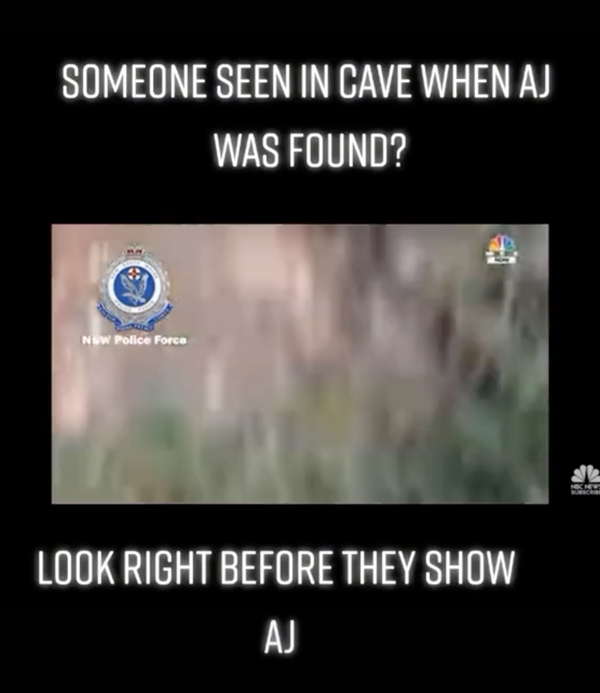 What this shows is that it’s not just a phenomenon specific to Gabby Petito. With a culture initiated by real criminal media combined with the algorithmic and memetic engine of platforms like TikTok, we are now going to see ad hoc communities appear around every high profile case like this.

Sometimes they could help like they did with Petito. In other cases, such as the Reddit Crowd Investigation that incorrectly identified a recent suicide victim as the Boston Bomber, it will often be wrong.

Here is my horrible, horrible prediction that makes me feel depressed even thinking about it: the real creators of crime will get better and better at jumping on new cases. Like when a new season of Fortnite the first or when a new game comes out, the creators jump on them for influence and money, before abandoning them for the next case. It will be almost speculative: tackle a case early and you could become the authoritative voice, with all the perks that comes with it.

Hope I am wrong!

There is more to Crikey than you might think.

It is Following than a newsletter. This is where readers expect Following – fearless journalism from a truly independent point of view. We don’t give in to anyone’s prejudices. We question everything, explore the uncomfortable, and dig deeper.

To have Following of your membership than ever before. Hurry, offer ends Thursday.