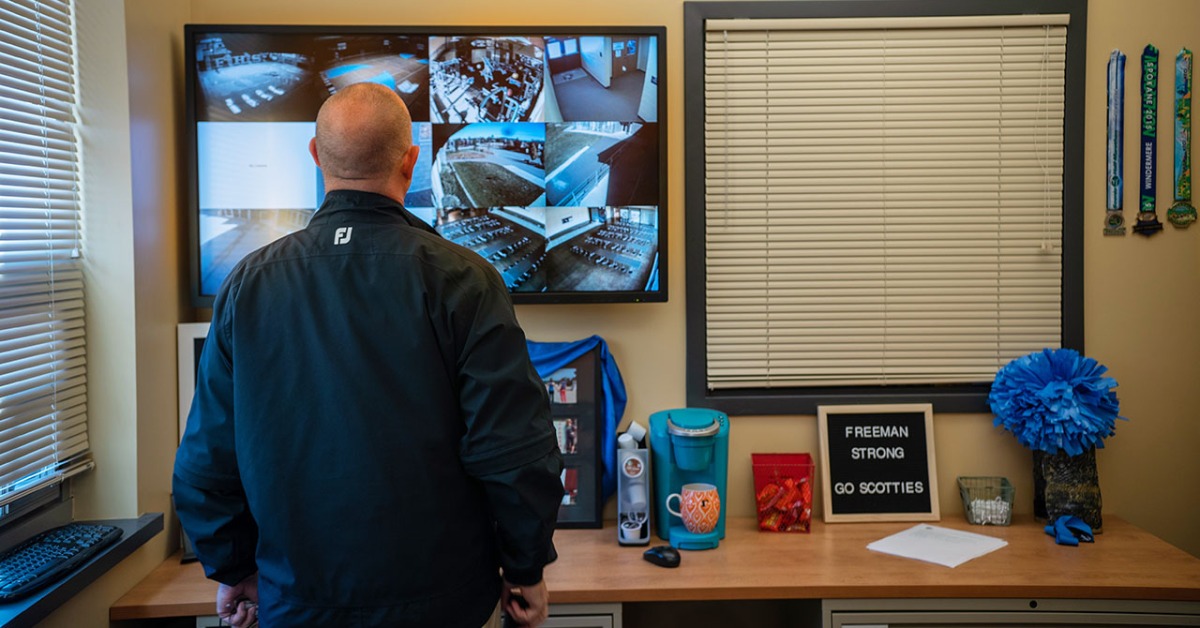 Schools are increasing safety, but measures differ by school type, region and other factors

Many K-12 public schools in the United States have taken steps in recent years to increase security, including equipping classroom doors with interior locks, developing active shooter preparedness plans, and by hiring sworn law enforcement officers to patrol buildings, according to data recently released by the National Center for Education Statistics (NCES). Yet school safety protocols vary widely by school type, geography, and other factors.

The new data comes amid heightened attention to school safety after a fatal shooting at an elementary school in Uvalde, Texas in May. In the wake of the Uvalde shooting, here’s a look at some of the most common school security measures and how the K-12 security landscape has changed in recent years.

The vast majority of U.S. K-12 public schools (including traditional public schools and charter schools) reported taking steps to physically secure buildings and classrooms during the school year 2019-2020, the most recent year for which data is available. Almost all schools have restricted entry by controlling access to buildings during school hours with measures such as locked or monitored doors and loading docks (97%), or requiring visitors to sign or s register and wear a badge (98%). About three-quarters (73%) had classrooms equipped with locks to lock the doors from the inside.

Restricting access to school buildings was pervasive in schools of all types. Nine out of ten or more schools have taken this action, regardless of grade level, location, enrollment or student characteristics.

Charter schools were 11 percentage points more likely than traditional public schools to have doors that lock from the inside during the 2019-20 school year (83% vs. 72%).

Threat response procedures are also prevalent in public schools. In 2019-20, 96% of all K-12 public schools had a written plan outlining the procedures to be executed in an active shooter situation, and 98% had conducted a containment exercise with students this year- the. Lockdown procedures involve securing school buildings and grounds during incidents that pose an immediate threat of violence in or around the school.

The share of schools with written plans for an active shooter situation increased to 79% in 2003-04, the earliest data available. (That year’s NCES survey described active shooter scenarios as “shootings”; the 2019-2020 data specifically referred to “active shooter” situations with “one or more persons actively engaged in killing or the attempt to kill people in a populated area”.)

Many public schools used some form of safety-related communications system or technology during the 2019-2020 school year. The majority said they use security cameras to monitor the school (91%) or provide two-way radios to any staff member (83%). Seven in ten schools provided an electronic notification system that automatically notifies parents of school-wide emergencies, and 66% provided a structured and anonymous threat reporting system, such as a form online submission form, telephone helpline or written submission form. through the drop box.

The share of schools with each of these communication systems and technologies has increased over the past decade. For example, the proportion of schools with an anonymous threat reporting system has almost doubled since the 2009-2010 school year, when 36% gave this option to students. The use of security cameras to monitor schools increased by 30 points, compared to 61% in 2009-2010.

There are some differences in the adoption of these systems depending on the characteristics of the school and the region of the country where it is located. In the 2019-20 school year, middle and high schools were more likely than elementary schools to have anonymous threat reporting systems (77% of middle schools and 76% of high schools, vs. 59% of elementary schools) and security cameras (94% of middle schools and 97% of high schools, versus 88% of elementary schools). Schools with a higher proportion of racial and ethnic minority students were also more likely to use threat reporting systems, and less likely to report the use of security cameras.

Panic buttons were more common in schools where relatively few students were entitled to free or reduced-price lunch. For example, about half of schools (53%) where 25% of students or fewer are eligible for free or reduced-price meal programs have used this technology, compared to about one-third of schools (35%) where three-quarters students or more qualified for the program.

Schools with higher enrollment are more likely than smaller ones to have requested each of the communication and technology measures.

About two-thirds of K-12 public schools (65%) had one or more security personnel present at school at least once a week in 2019-20, up from 43% a decade earlier . In about half of schools (51%) in the 2019-20 school year, security personnel included at least one sworn law enforcement officer who regularly carried a firearm. In the 2009-2010 school year, 28% of public schools reported having a security staff member who regularly carried a firearm.

There are similar trends when it comes to whether school security personnel include officers who carry firearms, but with one notable difference: schools where more than three-quarters of students are minorities racial or ethnic backgrounds are the least likely to have an officer carrying a gun (43% of these schools fall into this category, compared to 57% of schools where a quarter or less of students are minority).

Again, certain types of schools were more likely to take this precaution. Schools in cities (67%) and suburbs (71%) were more likely to have a threat assessment team than those in rural areas (56%). Threat assessment teams were also more common at the middle and high school level, in schools with higher enrollment numbers, and in schools with a greater proportion of racial or ethnic minority students.