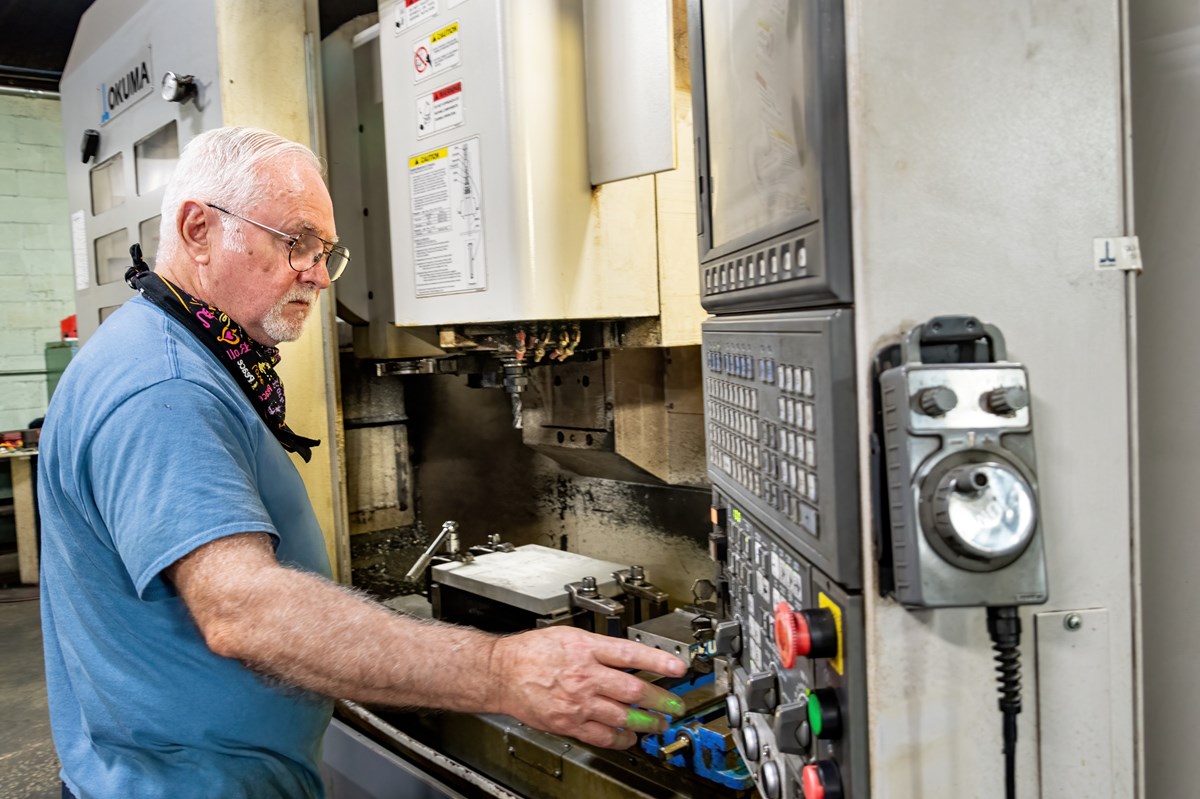 Industrial Machinery and Supplies, Inc. (IMS) cut its teeth on parts for textile factories. But by the time its founder passed the business on to his son, David Williams, the local textile industry had shrunk. Williams decided to expand the store’s customer base to international industries such as material handling, agriculture, automotive and consumer goods. However, this required CAD / CAM software.

â€œI was looking for jobs that I knew I could get if I could just write the programs,â€ Williams recalls. He knew that IMS needed powerful CAD / CAM software to work with its three-axis CNC milling machines and two-axis CNC lathes, as the limits of hand writing G-code were starting to be felt. The time it would take to accurately program complicated parts by hand was prohibitive, and Williams was aware of the potential for user error.

Williams attended the 1998 International Manufacturing Technology Show (IMTS) to find a solution. There he met Allen Drost Jr., founder of CAD / CAM solutions, a certified Mastercam reseller. â€œDrost came straight to my store after the event, loaded Mastercam onto my computer, and performed a play right in front of me. He sold me the software there, â€Williams says. “With this software, I am able to take on complex tasks that I could never have envisioned before.”

Over 20 years later, Mastercam has continued to provide Williams and IMS with a competitive advantage.

Several years ago, Williams machined a facial extrusion die for the composite decking industry, which would not have been possible without CAD / CAM software. As impressive as it was then, however, he thinks it could be even more efficient today with some of Mastercam’s new features.

â€œI knew if I could set a good toolpath, we could make this part,â€ Williams says. “It was just a matter of finding.”

â€œThat was several years ago, and if I were to do the same part today, I would look at different toolpaths such as OptiRough for roughing the part,â€ says Williams. â€œAnother of our long-time clients has just brought us a job that we know very well and have done before. This time, however, I said, “We’re going to do it differently now” because there are so many more toolpaths that I understand now that can make this easier. Dynamic toolpaths have really changed the way I think about some of the jobs that we get.

Mastercam’s Dynamic Motion technology uses proprietary algorithms to monitor the raw material and make immediate adjustments to cutting speed and angle during the machining process. CNC Software, the developer of Mastercam, says these adjustments maximize stock removal while minimizing the risk of tool breakage or stock nicks. OptiRough, the software’s method of removing large amounts of material during the roughing phase at previously impossible speeds, is an example of an advanced type of toolpath created with Dynamic Motion. 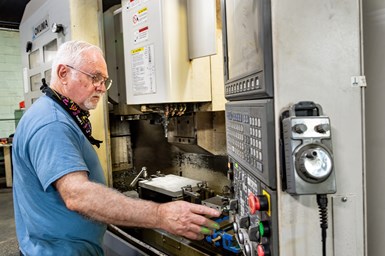 As part of its customer base diversification, IMS has adopted CAD / CAM software to extend the functionality of its three-axis CNC milling machines and two-axis CNC lathes.

Before even starting a job, Williams finds ways to use Mastercam.

â€œIt helps to quote,â€ he says. â€œIf I have a complex job – especially a job that has a lot of parts or maybe a lot of steps and operations – I half-program it to see my cycle times. “

Williams took advantage of this capability when he provided a quote for a roll that works in a conveyor system. V-rolls, as Williams calls them, start as 4340 hardened steel bars 4 inches in diameter and 21.625 inches long. To create his quote, Williams uploaded the part drawing to Mastercam and programmed it to find its cycle time.

â€œFor roughing, I could have used a traditional turning toolpath with additional bearings if I had wanted the cut path to go in one direction. With the dynamic toolpath, however, it paced back and forth all the way to the bottom. It saved so much time. “

Williams was able to predict a run at 1050 sfm with a 25% pitch. The 15-operation program took less than 11 minutes for roughing before being completed with a standard contour toolpath. These shortened cycle times allowed Williams to present a more than competitive quote to the customer and win the contract. 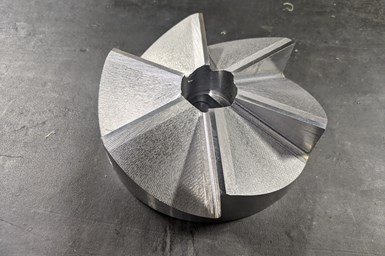 Williams also recalls recent work IMS undertook to make a backspot facial tool. â€œIt’s a tool that is used in the shipbuilding industry,â€ he says. â€œIt attaches to a mandrel and is executed to cut a stain face on the back of a hole. “

â€œWe knew this part would have been easy to make with a multi-axis machine, but we only have our three axes,â€ Willaims continues. â€œSo the first time we looked at it, we just needed to see if we could do it. I knew if I could find a good toolpath we could do this part. It was just a question of finding.

At first, Williams struggled to maximize the efficiency of the toolpath, so he called the specialists at his dealer, CAD / CAM Solutions. Together, Williams and CAD / CAM Solutions President and Applications Engineer Brian Kadow found a way to efficiently machine the part using IMS’s three-axis milling center.

The part started out as an M2 tool steel bar before being face, turned and reamed on a lathe. Williams then set up a six-degree tilted dividing head indexer, set the hole as center zero, and incorporated Kadow’s suggestion – a high surface speed radial 3D toolpath – before finishing the part. with a contour toolpath using a 0.125 inch spherical mill end. Machining took about eight minutes per tooth. With only six teeth on each part, the total machining time per part was well under an hour, a feat that would not have been possible without the CAM software.

Guide: Use iPhone as a webcam