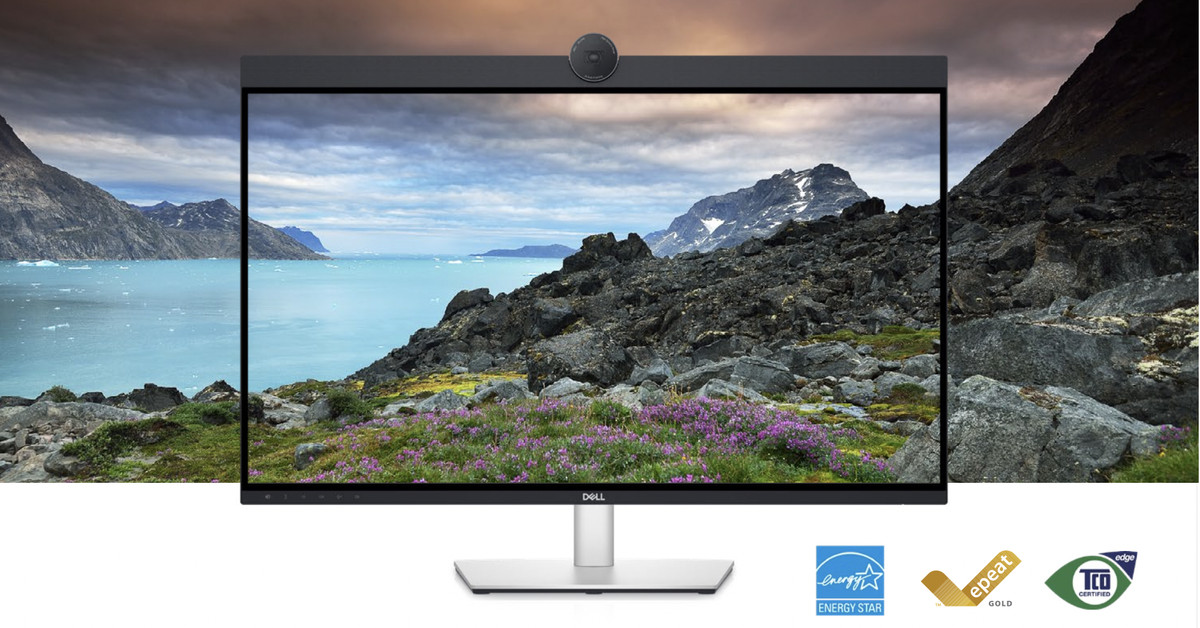 Dell’s new 32-inch UltraSharp video conferencing monitor supports 4K in several ways – the first, obvious to a display, is its 3840 x 2160 panel. But it also has a built-in 4K webcam, perfect for the era. Zoom meetings and work from home. Better yet, you can connect to the monitor with a single USB-C cable, which will provide a video signal to the screen and send 90W of power back to your laptop.

The monitor’s official name is U3223QZ (Dell’s name is still eye-catching as ever) and its webcam uses a Sony 4K HDR STARVIS CMOS sensor. It’s similar to the imaging technology Dell uses for its $ 200 UltraSharp external webcam, but unlike this device, the monitor has two built-in microphones. Dell also says you’ll be able to adjust the camera’s tilt by 20 degrees and switch between the 65, 78, and 90-degree fields of view. All of this should allow you to present yourself clearly in meetings (if it’s something you want to do, not everyone does!).

This webcam is connected to a properly specified display: it’s 31.5 inches, IPS, and runs at 60Hz. While the low refresh rate means it probably won’t be a game streamer’s first choice – shame, because a built-in face camera would actually be handy – that should be fine for a home (or regular) office. Plus, it has two built-in 14W speakers, which should allow you to hear everyone you talk to quite well, although they might appreciate it if you just used headphones instead.

The monitor also has a lot to offer beyond the screen and video conferencing functionality. If you connect to it with USB-C, it basically acts as a hub, giving you access to five 10 Gbps USB-A ports, Ethernet, and another USB-C port. If your computer supports display stream compression, you can even use the monitor’s DisplayPort out port to daisy-chain another 4K monitor. Oh, and like some other Dell monitors, the U3223QZ has a dedicated Microsoft Teams button on the front.

It also has HDMI 2.0 and DisplayPort 1.4 input ports, and if you plug in multiple devices, you can view them in either picture-by-picture or picture-in-picture mode. Practically, it also has a built-in KVM, which allows you to use a pair of peripherals with multiple computers.

The monitor will be available from March 29, and Dell has said it will share pricing information closer to the release date.

Correction, January 6: The original version of this article stated that the monitor stand supports vertical orientation, citing Dell’s 3D demo. Dell informed us that there was an error in the 3D demo, and that this model cannot be used vertically.